I had 15 minutes of fame from my “before/after” photo from my first year of running. 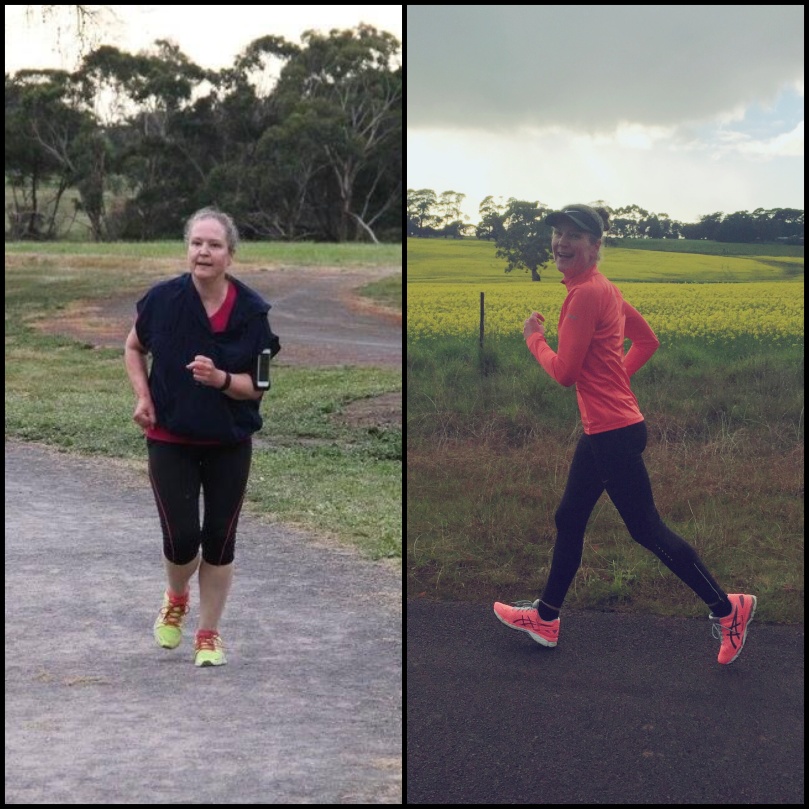 It was featured in a story about me in the parkrun Australia newsletter.

The photo garnered an article in The Telegraph, UK.

It had 1,400+ likes on Mark Zuckerberg’s Facebook Group One Year of Running.

I lost 36 kg (80 lb) between April 2015 and April 2016 by eating whatever I felt like (in moderation) within my calorie limit, using the free My Fitness Pal app.

I had started feeling better and better after quitting smoking cigarettes cold turkey in May 2014 and have just kept going. In 2015 I started walking a bit more every day.

On 22 September 2015 I suddenly felt the urge to run for the first time in 30 years.  2 weeks later, I started doing parkrun on Saturdays when it started in my town and I have only missed parkrun 3 times since then. #loveparkrun

Writing all this is a reminder to myself that goals are achieved by making a little effort every day.

Don’t wait around for motivation. Just do it.

Don’t believe everything you think.

Addition for a more complete picture:

This site uses Akismet to reduce spam. Learn how your comment data is processed.